A Novel is the Best Place to Die 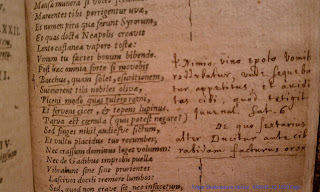 I remember or half remember a quotation along the lines of "a novel is the best place to die"*. I'd written it down in a notebook now lost. The number of notebooks I have lost or misplaced over the years is baffling and so numerous that, like all repeated things, it becomes the bearer of a secret meaning that can, if you listen, whisper who you are. I am not sure, in my case, exactly what that meaning is, but it's as if I have engineered a number of these small traumas, broken off pieces of myself and set them down in the water like paper boats drifting away downstream into silence. But that aside, what also interests me is this: If you revisit old notebooks, or old marginal notes in a favourite book, you see underlined passages, delighted ticks and copied quotations that were obviously, at the time, not only intelligible and pertinent, but actually words that glossed and explicated your own soul, or at least brought to clarity what was still unformed and sightless within you. "Ah, yes, of course!" they seem to say, "here it is!" And yet, years later, you go back puzzled, staring blankly and unable to rescue any sense at all, asking only "Why did I write it down? What did it used to mean?" These questions, and the hieroglyphs to which they respond, are proof enough that we are not one but many people in succession. The sense you are unable to rescue is actually a lost self, a previous incarnation with which you now share very little. Only the meandering tardiness of time, which moves not by sudden leaps and bounds but incrementally and day by day, stops us seeing this. The exception to this is accident, catastrophe, various fatal interventions which cut you in half, which abruptly and visibly remove you from what you were and then place you starkly somewhere else. You look back over the water to another shore now distant and indistinct. This is what happened to my father. And this, in fact, is what happened to me.
____

*Franz Kafka 'There can be no more beautiful spot to die in, no spot more worthy of total despair, than one's own novel.'
Posted by Mark Bowles at 05:49