Celebrity - from a fiction in progress. 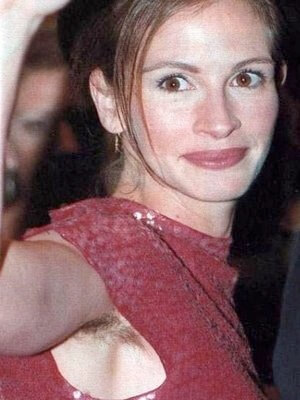 Today, some of the students are discussing such and such a celebrity sprouting armpit hair, while simultaneously thousands are bombed and killed in Gaza and many other horrors and injustices are ongoing throughout the world. The rights and wrongs of these injustices and horrors, however, as I raise them, are supposedly only a matter of 'subjective opinion' and therefore not worth debating, while the issue of celebrity armpit hair is debated avidly, and not subject to the same bored disclaimer of "subjective opinion" which is the alibi for their political and ethical abstention and elective passivity. This belief in “subjective opinion” is in fact no belief at all, only the shadow cast by their apathy. Their apathy comes first and its shadow in the realm of 'ideas' is a 'belief' in things being 'subjective', a belief which relieves the students of their worldy duties and frees up their time to discuss celebrity armpit hair, cellulite and clothing, all of which have somehow slipped under the radar of the 'purely subjective' and are continuously discussed with great animation and verve. The armpit hair is “gross” moans one; “NO” protests another, “it’s her choice”; another opines that it’s unhygienic; another decrees that it’s “just WRONG”. But none of them of course make the argument that the desirability or appropriateness of the hair is only a matter of “subjective opinion” and therefore beyond what can reasonably be discussed, for such caveats are reserved for literature and politics and ethics and art, for anything in fact which is the very stuff of life according to the old regime which today lies in ruins. Instead of an opinion on any of these matters, each has a loud and brawly opinion on the matter of hair growing from an armpit, or a wobbling thigh. Each has a different 'Opinion', and each delights in the mere difference of this opinion, giddy with outrage or approbation. But these 'different opinions' are actually the same opinion, or they rest on the same assumptions, one of which is the belief that something is only visible, an issue is only interesting, when it happens to a celebrity. Sex, birth, infidelity, divorce, cancer, violence, death. These things are only noted and discussed when they happen to a celebrity. In bawling their opinions they simply redraw this single opinion and make it more stubbornly stupid.

I tell them about O'Toole my former landlady, who talked similar bullshit. I mimic her thick Dublin brogue: 'Now then we've got David Beckham wearing a skirt' (O'Toole enthused, after the Beckham man was spotted wearing a sarong,) 'We've never had that before, you know, men feel comfortable expressing their feminine side, you know.. all the relations between the genders it’s all changing, men feel they can wear skirts and it's ok you know. It's all changing." The students all laughed at the accent. But, I retorted, contra O’Toole, it wasn't all changing, not the relations between the genders nor anything else, or at least not there,  because, I told them, this isn't where history happens, in the celebrity spotlight, this isn't where the relations between the genders or the classes or the nations changes, in the celebrity spotlight. History happens elsewhere, I said - in the workplaces, and the homes, and the streets. And if you want to think about Historical change, I said, you need to pass through the necessary detour of reading, and hard work, and not sit gazing at magazines and television screens. The celebrities are just the floorshow to divert the stupid and gullible, I insisted. Likewise people have cancer all the time, I said, it's gaunt and screaming casualties are dropping all around us, but O'Toole only started talking about it when it happened to Jade Goody. It wasn’t visible to her until it happened to a celebrity, so called, as if this made it particularly tragic. People like O'Toole I said, but meaning also the students themselves, are crowded at the foot of a phoney Olympus, pressed against the glass of a plastic Versailles, gazing upward at the cellulite of a Jolie, the arse of a Karsdashian, the armpit of a Diaz, agog and mesmerised that celebrities - each watermarked with an absurd and obscene cash value - actually have bellies and arses like mortals, bellies and arses dutifully highlighted for them by Hello magazine in red pen. This Phoney Olympus, I explained to the students, is in fact, in a very precise sense, a heap of shit, for celebrities today are a kind of surplus or excrement. They represent, firstly, an excess of wealth, an obscene surplus which can only be spent on things which in turn represent wealth, designer clothes worn for a day and then discarded like so much dross. All of this in turn is also ethically repugnant, the stockpile of wasted surplus money, in a giant blingheap, as we might call it, a glittering steaming dungheap of trainers and rings while others starve and children crouch in barred rooms without light breathing dust. And in addition, the celebrities’ fame is surplus to their talent. The purest form of modern celebrity is represented by those who arrive on stage with no discernible talent whatever. Their fame is a pure surplus, an excrecence. The Gaga woman, the Kardashian woman, and so forth. These people are presented to the public as always already famous, a fait accompli which the public accepts without protest. Or else their fame and celebrity flourishes when their talent withers: at one time they may have acted or modelled, they may have had a hit single, but such acting or modelling or singing is now long forgotten and was in any case only the portal through which they landed on the side of the fake mountain. Essentially these Celebrities are no different from the gawkers, but this absence of visible difference only makes the imputed difference more magical, as with the royal family, who are themselves only a category of celebrity, or else the celebrities are an ersatz royalty. Same thing. In any case, everything about celebrities is a kind of revolting surplus - unnecessary and excessive. And what makes this more revolting, I told the students is that you, the gawkers, are attracted precisely to this excremental, pointless quality that the celebrities have. You pretend it’s all a bit of fun and that you enjoy everything ironically, I said, but your behaviour encodes your actual beliefs, which are appalling.
It is necessary to attack the students in this manner, and the students like and appreciate being attacked. This is the only way to galvanise them, to attack them head on in the place where they are at. There is no point, with these students, trying to raise abstruse philosophical questions directly. One must enter their minds through the armpit of a Jolie, the listless gaze of a Beckham, the affected nonchalant pout of his wife etc. One cannot tarry with the glorious past, when people knew how to think and write and speak, but must immerse oneself in the shit of the present and the pornographic insignificance of its obsessions.
Posted by Mark Bowles at 07:01