Value proposition .. from a fiction in progress 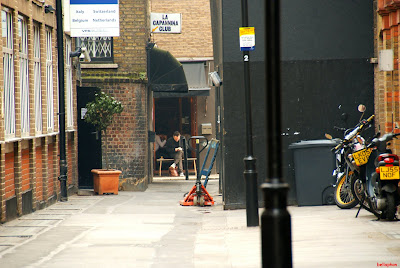 "What's the value proposition?" he demanded, and kept reiterating this phrase throughout the conversation. Of course, I couldn't hear what the interlocutor was saying but suspect it didn't matter. The cretin's mind had been taken over by business jargon and so-called 'business concepts' which are laughably removed from anything that might with dignity be called a concept. Afterwards I looked up this term, 'value proposition,' but found only more vacuous jargon. Each jargon term is glossed only by other jargon terms until we return to the first, a kind of lexical 'circle jerk', as they say. In the popular imagination, jargon is associated with academics, who are thought of as deliberate obscurantists. Well, each tribe, each profession has its terms of art, but as far as jargon goes, the world of business, or so-called business, is the worst offender. And of course business jargon is now colonising academia too, with it's 'end users' and 'learning outcomes', both of which are idiotic misnomers. Jargon is almost always an attempt to dress up some highly partisan or alternatively completely banal behaviour in the appurtenance of science and technology, where these are seen as both neutral and inevitable. Both science are technology are seen as beyond refutation and so too is the world of business, whereas the world of business is shit and its terms are shit also. I will demonstrate this later in less emotive language, so-called. But for now it's suffice to say that business jargon is shit, and the business men who trade and converse in this jargon are also shit, shitheads like this specimen here in the cafe. I'm not talking about industrialists, people who produce things, although I have no especial affinity for them either.. No, these others who convene meets and invent 'concepts' which are nothing of the sort. Such a one was this cretin in the cafe. His life was divided into business and travel, two apparently different worlds which were in fact complementary components of the same system. As I will explain later. For now, only to say that this cretin's mind had been colonised by business jargon to such an extent that he was now an ontological businessman, as I call it. What does it mean, to say that someone is ontologically a businessman? It means that in all spheres, not just the world of business, they see things in business terms and employ business categories, that they see life as a business and 'business' is the virus infecting their whole experience. This cretin, for example, I hear him on the phone. He's arranging a get together for someone's birthday. "I'll reach out to Scott," he intones, "see if he's got a window". Well he can reach out to Scott all he wants, it won't prevent him being kicked in the head.
Posted by Mark Bowles at 08:02