There’s an often quoted passage in Nietzsche where he says the expression “lightning strikes” implies that there is a something which then performs the act of striking, whereas in fact there is no lightning separate from the striking. It’s symptomatic of how grammatical categories create ontological fictions, and the world seems to take on the shape of these fictions as soon as we think - for we think only through language.

Thus, for Nietzsche, and for a whole strain of modern thought, language ‘thinks’ on our behalf, without us knowing. The writer or philosopher must start by trying to throw a spanner in the works and refunction the language-machine to stop it thinking in our place.

For some philosophers, the reward of such linguistic disruption is a more immediate contact with life and reality:


Beyond the ideas which are chilled and congealed in language, we must seek the warmth and mobility of life.

The great writers have all had and have all sought to give us a direct vision of the real, in cases where we perceive things only through our conventions, habits and symbols.

Both these quotes are from Henri Bergson, and we find something similar expressed in - for example- Proust:

It is language which fixes and immobilises things, which sorts the flow of experience into static categories and concepts, and which provides the frames though which we encounter the world.


Perhaps the most basic of these categories is the first person pronoun. The spontaneous philosophy 'dialled in' to our language offers us a neutral subject who acts and thinks. But perhaps only grammar places the "I" at the origin of thought or action. Thus, What Nietzsche says of lightning might also be true of the “I” which, unlike lightning, has a multiplicity of verbs wedded to it - I think, I speak etc - but this doesn’t mean that any of these verbs are less dissociable from the I than striking is from lightning. 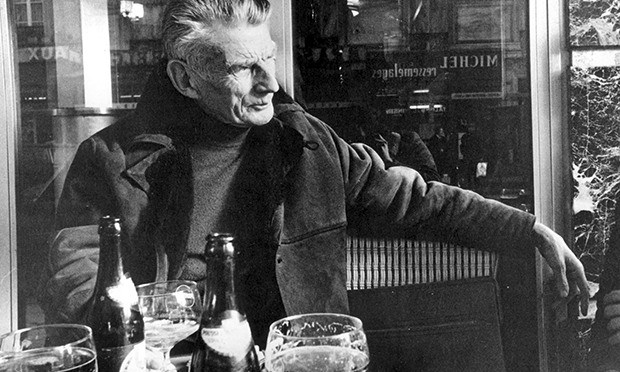 Of the writers who dissolve the lightning of the "I" back into its strikings, few are more rigorous and exhaustive than Beckett in his post war prose writings.


"The subject dies before it comes to the verb". "I" is no sooner uttered than it becomes an object in the field of vision, a "he" floating downstream. What Beckett is aiming for is an ongoing action, a ceaseless mobility with scarcely any arrest or segmentation. It is this movement which precedes any and every “I”: the “mobility of life” beneath the grammatical fiction. A proposition no sooner appears than it's qualified, negated, restated. Bubbles of sense no sooner form than are dissolved. What's continuous is the 'babble' from which sense emerges. The “me”s and “I”s that form dissolve in the flow along with all else.


"The way out, this evening its the turn of the way out, isn't it like a duo or a trio, yes, there are moments when it's like that, then they pass and it's not like that any more, never was like that, is like nothing, no resemblance with anything, of no interest."

“it’s for ever the same murmur, flowing unbroken, like a single endless word..”