In his interviews with Claire Parnet, Deleuze says that “every great philosopher is a great writer”. Just on an anecdotal level, I think this is true of philosophers that have meant something to me. The 'prolix intensity' of Heidegger’s prose - incantatory, circling, before diverted into some neologism; the long pauses that punctuate the prose of Walter Benjamin, the brief insights marooned in silence; the conversational clarity, the 'user-friendly' sentences of the latter Wittgenstein (the terse austerity of the earlier); the stickiness of description in Sartre, closing the reassuring gap between subject and object. But this may be simply a question of taste. And there are too many philosophers with whom I’m wholly unfamiliar. And many would define a ‘great writer’ more in terms of clarity, transparency (and therefore exclude the likes of Heidegger and Sartre from the off).

So, beyond the anecdotal, the question arises of why it should be the case that a great philosopher is a great writer. Something of what Deleuze means can perhaps be clarified by a certain notion of style. Given that philosophy is about the creation of new concepts, then it is also true that the birth pangs of a new concept always take the form of a style:


Some concepts call for archaisms, and others for neologisms, shot through with almost crazy etymological exercises: etymology is like a specifically philosophical athleticism. In each case there must be a strange necessity for these words and for their choice, like an element of style. The concept's baptism calls for a specifically philosophical taste that proceeds with violence or by insinuation and constitutes a philosophical language within language - not just a vocabulary but a syntax that attains the sublime or a great beauty.

It is clearer from this why a great philosopher, for Deleuze must also be a great writer. The new concept cannot breathe inside the old language. The old language must be disturbed. The new style banishes and keeps at bay received ideas. Not only does style 'express' content (the new concept), it guards the space in which content comes to expression.

It would seem that for Deleuze concepts are not easily extractable from their language-envelope. And he does not think that a great stylist is someone who expresses themselves 'clearly', the proverbial windowpane of prose through which we see, unadorned, the 'content'. For this would imply that content is simply delivered by a language which then dutifully disappears. We cannot from these stylistic innovators, these 'great writers,' simply skim off paraphrasable content over and above stylistic traits and changes in syntax. 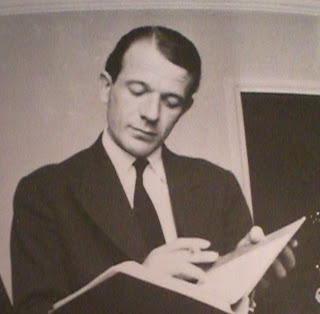 Everything that Deleuze says, in the above quote and elsewhere, about style in philosophy, is of course very close to what he says about style in literature. Literature too sets up a foreign language within language, which makes the received language stutter, stall, twist and sing. Philosophy and literature in this sense both have this necessary element of style. Both of them mobilise and disturb language. What differentiates philosophy and literature is not so much their creatively antagonistic relation to language but their direction. That is, philosophy’s innovations are directed towards the creation of concepts, whereas literary innovation points towards the creation of affects [I’ll perhaps return to this in another post]. Similarly with conceptual persona. They are fictions internal to philosophy but they might also appear and function within a story. What differentiates them is the direction they are heading in. Again, facilitating concepts and creating affects respectively.
Posted by Mark Bowles at 08:14