Preamble to Thinking About Objects 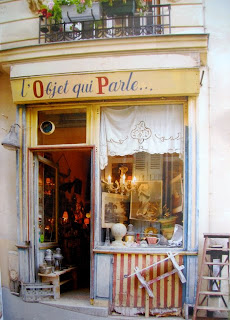 Objects, says Sartre in War Diaries “are sorcerous, but only because they are inexhaustibly human; they conceal human meanings that we sense without understanding them”. And in both his fiction and philosophical writings objects – ‘treacherous’, lewd, 'jocular', ‘slippery’ – exercise a pull and energy of fascination. Objects, in Sartre, are ‘expressive’. But what does it mean to apply such epithets to non-sentient things, to things which are outside the circle of life.

Grammatically of course, ‘object’ entails and is complementary to, a subject. The object is that acted upon, perceived by, affected by the subject. And this is true in the more general definition of subject and object. It is the subject that is expressive. Of course, the subject may express itself through the object, which is to say, perhaps, that the subject transfers some of its attributes onto the object or translates itself into objective terms.

It is equally true, though, that subjects are affected by objects in various ways. Objects have a power to affect subjects, to induce anxiety, joy, thought and so forth. And because these anxieties or joys, induced or embodied by the object, are not simply native to the subject, because the subject does not simply recognise them at once, because they can overwhelm, surprise, wound or transport the subject, open the subject up to beauty or disgust, it is easy for us to say that these anxieties and revelations in some sense come from the object. Even if that sense is metaphorical. 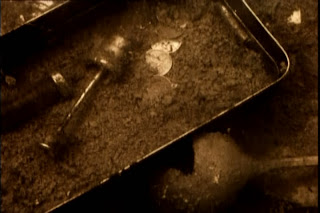 A familiar explanation is that the object affects us in so far as it reveals the unconscious, or at least the not-yet-conscious. The subject is split between a conscious self and a hidden unconscious. The object reveals the hidden rifts and crevices of the subject. Or to put it differently, the unconscious reveals itself in the form of objects and confronts us as unfamiliar. Uncanny objects leer at us from the recesses of our inner space. Thus, what the object ‘expresses’ turns out to be only another part of the subject - the hidden, accursed part, the repressed. We do not, in confronting objects, get outside the subject.

Sartre of course would have none of this. It is perfectly possible to encounter an object whose resonance is not simply that of a subject's personal history, that does not express, through the detour of the outside, the hidden and disavowed inside. Although of course many objects do reveal to us our personal feelings and thoughts, other objects – as with Sartre’s discussion of holes – reveal not a personal unconscious but a collective situation, a shared condition:


In reality, by virtue of the fact that I throw myself into the world, every object rises up in front of me with a human expression even before I know how to make use of it and understand that expression.